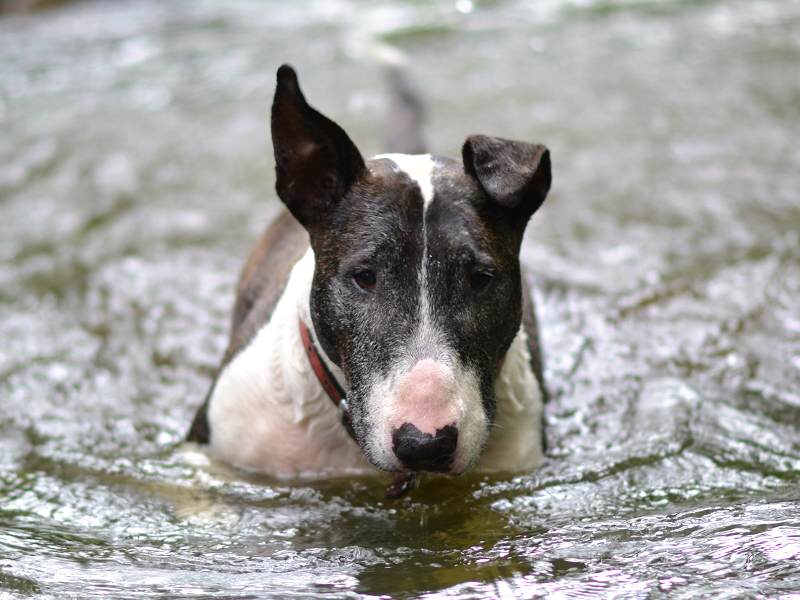 Wilfred lives in Langbank.  He is 11 years old and lives with Chilli. Both dogs and owner recently moved to Langbank from London as owner Isobel is a production manager for BBC show Antiques road trip and will be staying here for around 9 months! Wilfred loves the ‘paradise path’ in Finlaystone because he can swim in the burn and take the weight of his feet.  When they moved to Finlaystone Wilfred would disappear and after a while of searching he was found at paradise path waiting for anyone to throw a stick in the water for him to get.  Wilfred also loves to get walked at the beach in Erskine and at Gleddoch golf course in Langbank where there are ponds and a lake.  Take Wilfred and a toy anywhere where he can swim and he is a happy chappy!

Wilfred is a super friendly and very tolerant for an older dog.  I’ve pet sat both Wilfred and Chilli while their owner has gone down to London and he loves to sleep in the bed and loves attention.  A real pampered pooch! 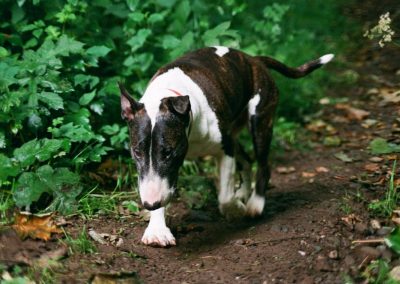 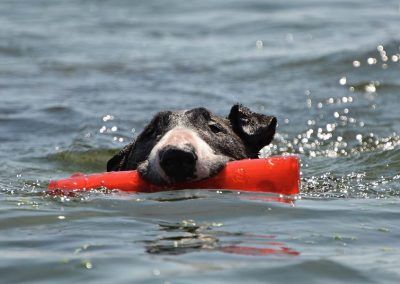 After lunch a dog walk at Newton Bay. Wilf loves to swim! 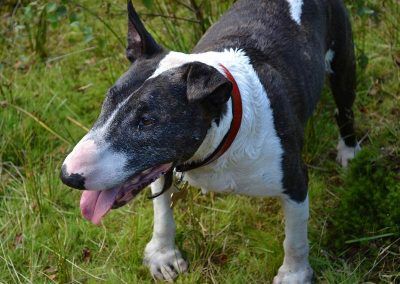 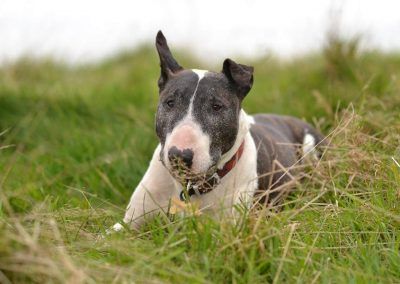 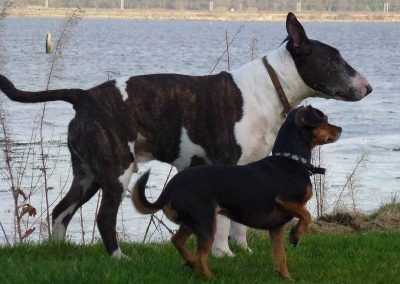 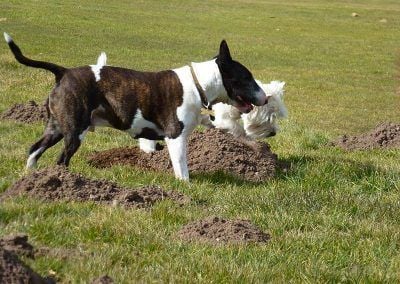 Wilfred and Mack inspect some molehills! 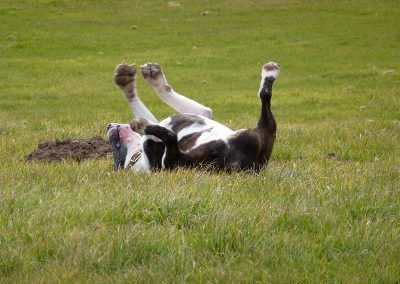 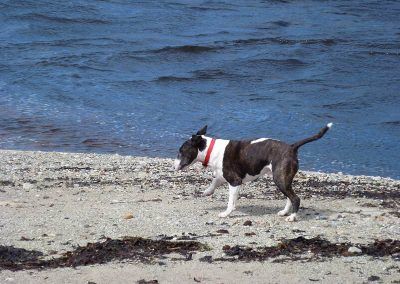 Wilfred loves the water and heads straight there! 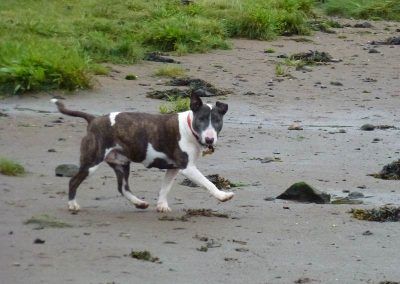 “The river’s this way!” says Wilf! 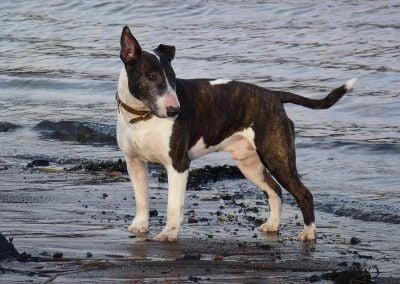 Wilfred at the Shore in Parklea! 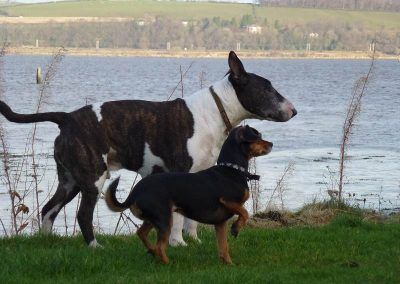 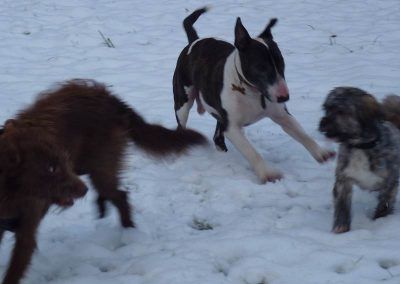 Wilfred joins in the fun! 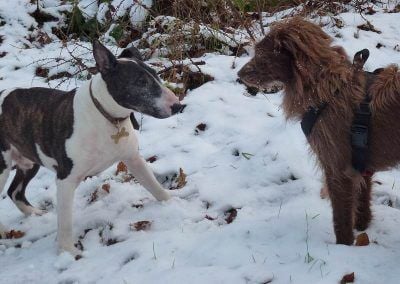 Wilfred’s up for some play with Ruby! 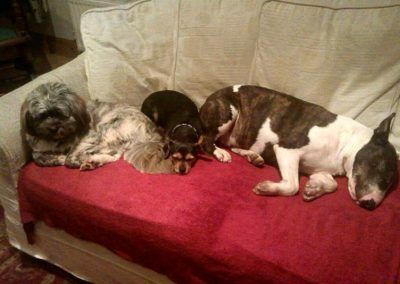 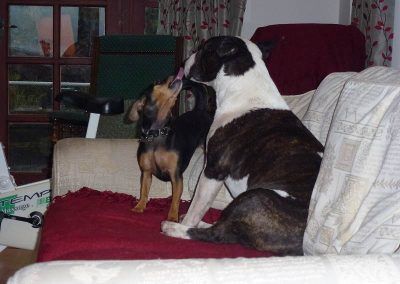 Chilli cleans Wilfred after his dinner! 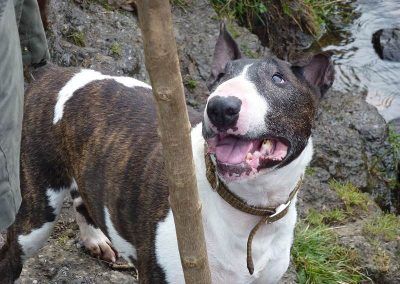 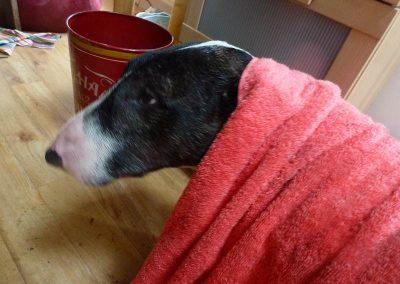 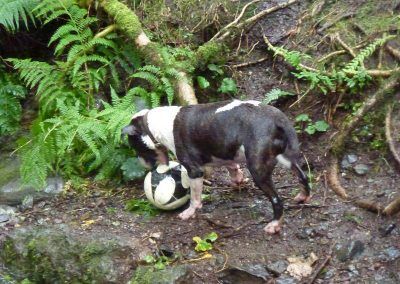 We meet up with Wilfred on way home! 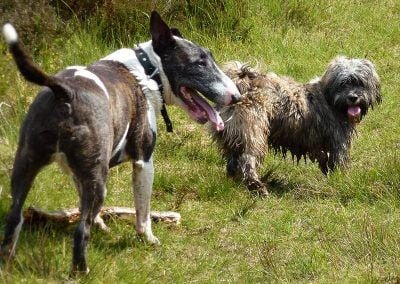 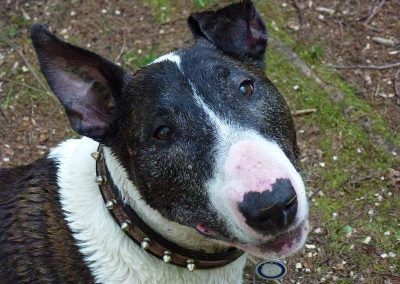 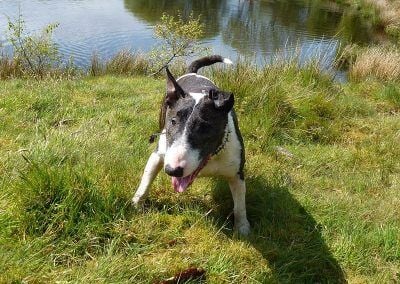 Wilfred wants me to throw stick into lake! 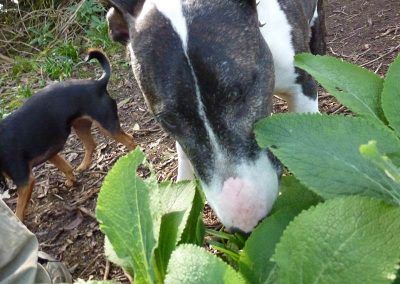 Wilfred tenders to his foxgloves 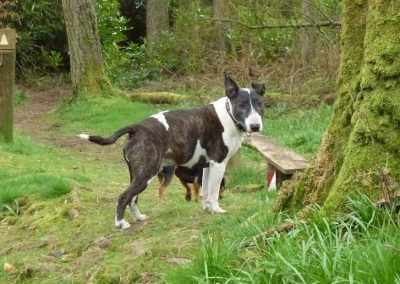 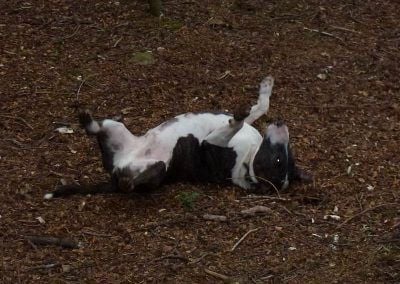 Yip, Wilfred loves a back rub! 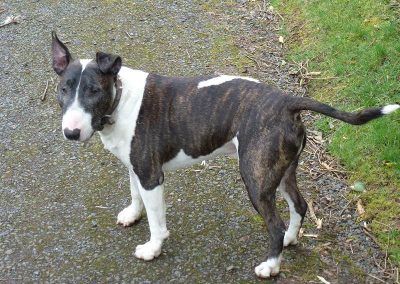 Wilfred walking in the gardens of Finlaystone! 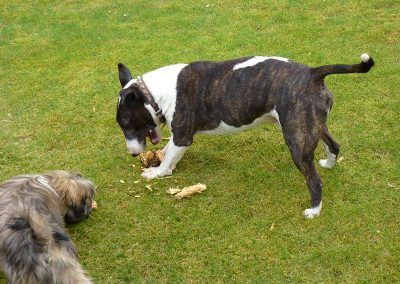 Wilfred chews up a stick! 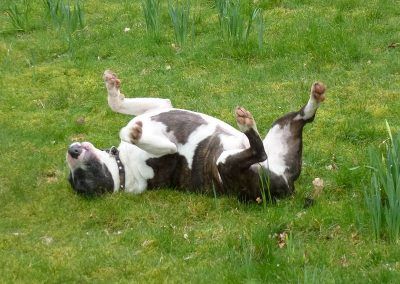 Wilfred is a beautiful dog who sounds traditionally bully 🙂 His family is lucky to have him.

Thanks Michelle! Yeah, Wilfred’s a great dog who celebrated his 11th birthday yesterday!